The following announcement was issued recently by Ancestry.com: 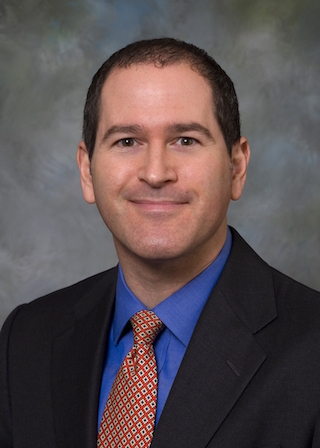 LEHI, Utah and SAN FRANCISCO, July 31, 2017 — Ancestry, the global leader in family history and consumer genomics, today announced that Evan Wittenberg, most recently the Senior Vice President of People at Box, Inc., has joined the company in the new position of Chief People Officer. Wittenberg brings an extensive track record of helping world-class organizations grow and foster their talent while evolving their cultures to support continued expansion.

“There is no higher priority at Ancestry today than our ability to attract and grow the world’s best talent. Very few people can match Evan’s history of leading so many great organizations through change and growth, and fewer still can come close to his track record of success,” said Tim Sullivan, chief executive officer of Ancestry. “I am incredibly proud of the team we have built and of their ability to create a company, brand and products that resonate with millions around the world. Evan will play a critical role in helping us continue to grow and develop the great people we have while attracting the high-caliber talent we need to lead us into tomorrow.”

Since 2012, Wittenberg has been the chief people officer at Box, having led the company’s Human Resources function through explosive growth and a public listing in 2015. In his leadership role, he oversaw all recruiting and talent development initiatives, in addition to compensation and benefits, performance management and succession planning. Prior to Box, Wittenberg was the Chief Talent Officer for HP; the Head of Global Leadership Development at Google; the Director of the Graduate Leadership Program at The Wharton School; and was part of the cultural integration of two world class academic medical centers which created New York Presbyterian Hospital – The University Hospital of Columbia and Cornell.

“The challenges and opportunities at Ancestry are unique,” said Wittenberg. “Here’s a company that people have known in one way for decades, as the leader in genealogy, that is now spearheading the creation of a whole new high-tech, high-science industry in consumer genomics. I’m excited to be joining an organization that recognizes the strategic importance of talent to its future, and even more excited to be playing a significant role in helping the company’s culture evolve with its business.”

Wittenberg is starting immediately in Ancestry’s San Francisco office and will oversee the company’s People and Places team, which is responsible for all HR functions including talent acquisition and development, total rewards, facilities and leadership development. One of his initial priorities is achieving the company’s aggressive hiring targets in San Francisco where it is looking to add substantial headcount in its technical, engineering and data science functions.