Today I decided to do a Google search for Glauber Brass Manufacturing Co., a foundry in Kinsman, Ohio, specializing in plumbing fixtures. My father, Walfrid Herbert Huskonen, worked for Glauber Brass in the late 1930s and early 1940s (I don’t know the exact dates) as a patternmaker. I have heard that he commuted 12 miles daily from Andover to Kinsman with other workers at the brass foundry during the gas and tire rationing in effect during WWII.

Google produced an amazing number of “hits” for Glauber Brass and its history. But one of the most intriguing involved the TV series Route 66 from the early 1960s. Wikipedia has a very detailed article about the series.

In real life, U.S. Route 66 doesn’t go anywhere near Glauber Brass (it starts in Chicago and winds cross-country to Los Angeles), but the episode “Welcome to Amity” was filmed in Kinsman, and the lead actors were shown in and about the foundry during a workday. 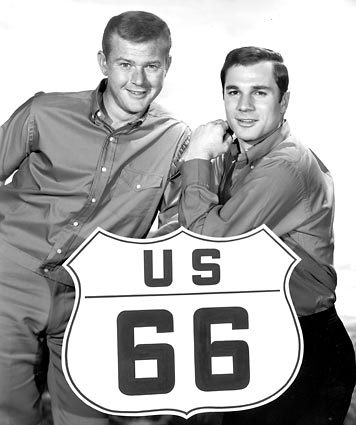 According to Wikipedia, the story line involves a native (played by Susan Oliver) who returns to her small hometown and convinces Tod and Buz (series leads played by Martin Milner and George Maharis, respectively) to help her relocate her mother’s remains from the local potter’s field to the nearby cemetery. They run into resistance from the townspeople due to the decedent’s “pariah” status.

The reason why I found something connecting Glauber Brass, Kinsman, and Route 66 is because there is a website, Ohio66, dedicated to reminiscing about the series and especially about episodes that were filmed using Ohio locations for settings. The owner of the website apparently traveled to many of the series locations and took photographs showing views of buildings and scenes in 2008.

The website includes several exterior shots of Kinsman Brass (the fictional name for Glauber Brass) from the episode along with the similar views from 2008. Those exterior views reminded me of when as a kid I tagged along with my father when he was making sales calls and/or delivering new pattern equipment for use in the foundry. 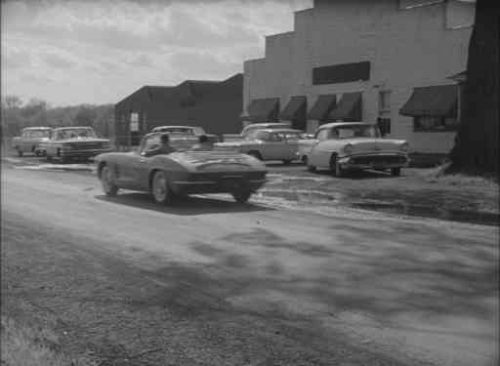 Tod and Buz arriving for work at Kinsman Brass in 1961 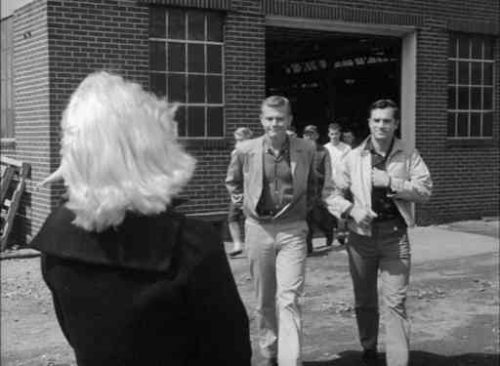 I also recognized many of the other Kinsman scenes from my growing up years. My great uncle Walter Dingman lived in Kinsman after he married Mina Wooley until his death in 1969. We frequently celebrated holidays with Uncle Walter and Aunt Mina.

One of the classic views was of the “boarding house” which actually was the Octagonal House that was the childhood home of Clarence Darrow of Scopes Monkey Trial fame. 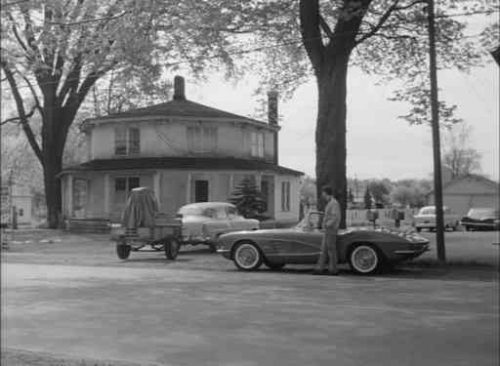 Octagonal House in Kinsman, Ohio in 1961.

I decided to take my search a bit further and determine if I could watch “Welcome to Amity” It was offered on free sites, but I chose to purchase a copy for $1.99 from Amazon.com.

Another thing important to me about the episode was that it included a sequence of shots inside Kinsman Brass showing Tod and Buz at work.  There were gas-fired furnaces melting the crucibles of brass, but no shots of making molds and pouring the molten brass into them. But there were shots of machining operations that transformed the brass castings into faucets and valves. At the time of production, I was working as an editor for Foundry magazine, and the scenes reminded me of visits I made to small brass foundries during that period.