On 15 Dec 2016, I posted a timeline for my Grandma Grace that I found on my computer. I had forgotten that I had created it and discovered it during a search for other timeline documents. Today, I found another document in timeline format about Grace Green Dingman in which I had compiled some additional information.

In this post, I am blending the two timelines, with the material from the second timeline in boldface. Note the assistance I received from other researchers before the arrival of Ancestry.com and other online databases.

1880 Census — Conneaut, Ashtabula County, Ohio. Grace is living in the household of her widowed mother, Mary Green. This contemporaneous record reported Grace as being 1 year old, which is significant because enumerators for the 1880 census were instructed to report the month of birth if a person was born “within the year,” that is between June 1, 1879 and May 31, 1880. Mary evidently reported that Grace was born before June 1, 1879, so this census record lends support to Grace being born on 7 Mar 1879 with the birth name of Bertha.

1884 — Grace’s mother, now Mary E. Furman, died in Ferry Township, Oceana County, Michigan, in the home of an uncle, George Sumner. At this point, Grace was considered to be an orphan, as Mary’s second husband, Stephen Furman, was living separately. No record has been found in Ohio or Michigan for the marriage of Mary and Stephan. Grace came to Andover to live with James and Jennie Morley shortly after her mother died.

Beginning shortly after the death of her mother in Ferry, Oceana Co, MI, Grace came to live with James S. and Jennie Morley in Andover, OH. Later she added the Morley name to her name (whether she was legally adopted is not known).

1888 (about) — In the 1880s, Johnson’s Lake Shore Magazine had a section for children. Many children aged 5-12 (generally) wrote short letters to the magazine, which were published. Grace Green of Amboy wrote one such letter in Vol III no. 1, according to Ancestor Hunt Index, Vol XXI, 1994. See p. 99 of Ancestor Hunt for 1994.–Extracted at Ashtabula Co. District Library, Ashtabula, OH, on 22 Jun 1997 by WDH. 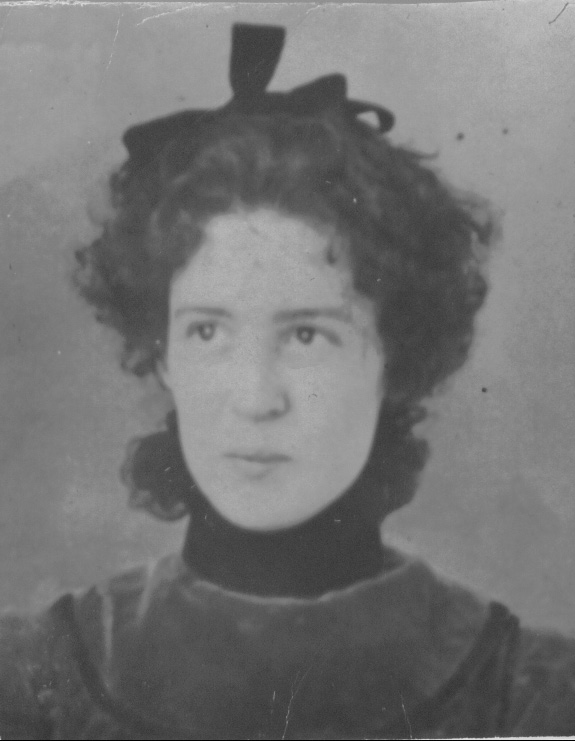 1900 Census — Andover, Ashtabula County, Ohio Age: 20 Grace is living in the household of James S Morley (age 72) along with Jennie Morley (age 58). She is listed as daughter of James, who is postmaster. She is working as a clerk in the post office.Grace Morley (Granda Grace)

1905 — 28 Sep Age: 25. Grace marries Wallace Betts Dingman (my maternal grandfather) in Andover, Ashtabula County, Ohio. They move to Conneaut where Wallace worked for one of the railroads

1908 — Mary Dingman Huskonen filed an application for registration of her birth on 10 Jul 1956 at the Probate Court of Ashtabula Co., because the registration of her birth on 14 Dec 1908 was not recorded. She stated in the application that she was born at home in Conneaut, Ashtabula Co., OH (address not specified), to Wallace Betts Dingman and Grace Darling Morley; he being 27 years old and a railroad employee; she being 28 years old and a housewife. Dr. Tower was listed as attending physician.–Copy of application ext from microfilm of Ashtabula Co., OH, births and applications, Western Reserve Historical Society, by WDH.

1910 Census — Conneaut Ward 2, Ashtabula County, Ohio. Age: 30. Grace is living in household of Wallace Dingman, her husband, who is working as a brakeman for a steam railroad.

1920 Census — Conneaut, Ashtabula County, Ohio. Age: 40. Grace is living in household of Wallace Dingman, her husband, who is working as a switchman for a steam railroad.

1920 — April 1 Wallace Dingman dies at age 39. The death certificate does not identify a cause of death.

1930 — Census Andover, Ashtabula County, Ohio. Age: 50. Occupation: school teacher in Andover Public School. She was living in the “Morley house” on West Main Street, but separated from John Tripp. Her son Wallace Dingman, Jr., is living with her.

1943 — 12 March Age: 63. She married Don A Stafford in Ashtabula County and moved to Cleveland. It was the third marriage for both. In August, she listed the “Morley House” in Andover for sale in the Cleveland Plain Dealer.

1945 — Grace and Don hosted me for a week at their home in Cleveland. I was seven years old at the time. Check this post for details:

1946 (about) — Grace and Don purchase a home in Tampa, Florida, and began wintering there.

1948 — 14 Jan. Florida death certificate reports Grace’s age as 67 [I’ve given up trying to reconcile this age with the birth registration of Bertha in 1879]. She died in Tampa, Hillsborough County, Florida. Don Stafford, her third husband, was the informant, but he wasn’t able to provide much information about Grace and her parents or birthplace (in fact, this was one of the least informative death certificates I have seen).

The following obituary appeared in the Ashtabula Star Beacon:
OH–Ashtabula Star Beacon….16 Jan 1948
GRACE STAFFORD–67: Andover; died at 11:45PM Wednesday at Tampa FL following a 2 week illness. She was born 7 Mar 1881 [sic] at Conneaut, a dau of Mr&Mrs Jared Green. She lived most of her life in Andover where she taught in the public schools. She also taught 5 years in East Conneaut schools. Mrs Stafford was a member of Floral Chapter 534-OES & Past Matrons Club. In 1905, Mrs Stafford married Wallace Dingman who preceded her in death in 1920. In 1943 she married Don A Stafford. The couple resided in Cleveland & were vacationing in Florida when her death occurred.
Beside her husband, she is survived by a dau: Mrs Mary Huskonen-Andover; a son: Wallace Dingman Jr-Buffalo & 7 grandchildren.
Services are to be held Sunday afternoon at Baumgardner Funeral Home here. Rev William Harrison–pastor of Andover Congregational Church will officiate. Interment will be in Maple Grove Cem here.